So today we are going to take a look at our range of available camera’s again, and while they all have a range of different features which you might have to search for to spot, one very important feature that differentiates them is blatantly obvious; can you spot it? 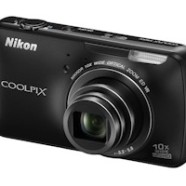 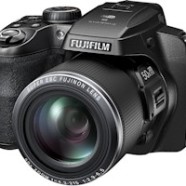 It’s the size of the lens.  Or more precisely, the diameter of the glass i.e. the width of the lens.

Let me explain why this is important from the offset.

If it is dark, you see less because there is less light to gather. Our ‘sensors’ are quite efficient at detecting light.  A camera struggles too in bad light, and as the light fades you see your photos begin to look washed out, dimmer, lose detail in the shadow areas, less of the background may be in view, and possibly the photo starts to looks speckled – what we photographers call “grainy”. 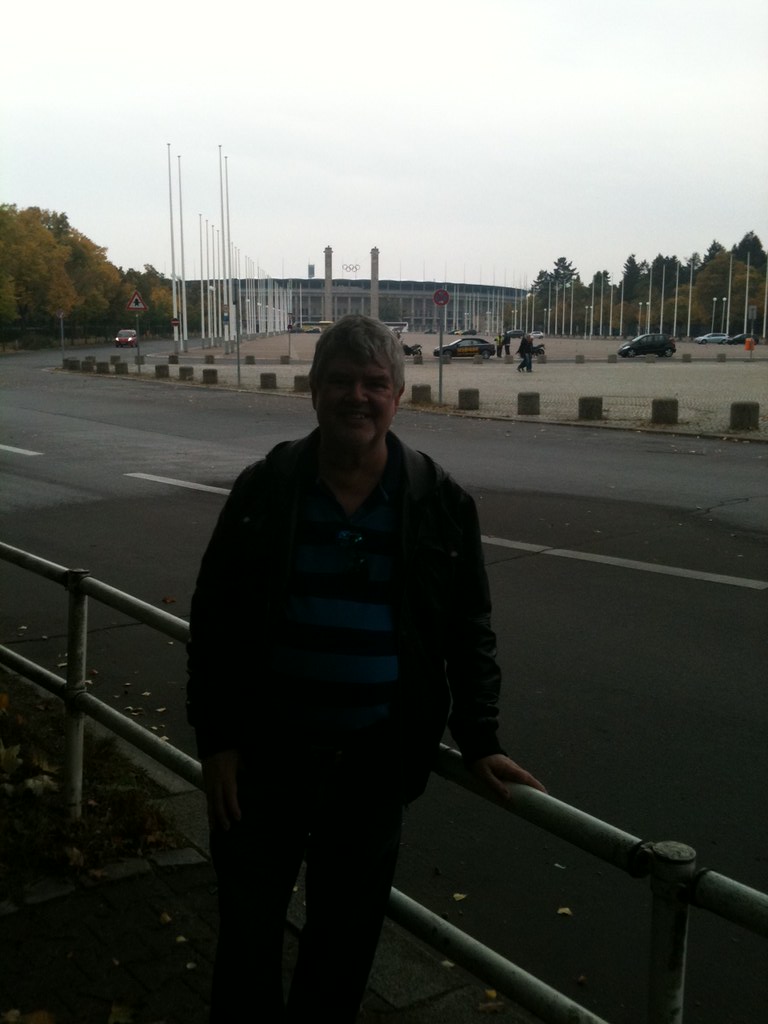 With a small width of lenses, there is only so much light you can gather through a small piece of glass.  So the bigger the front lens, the more potential light gathering capacity you will have.  It’s not quite as simple as that, as other things can affect the final look of your photo, but my rule of thumb is the bigger the lens on front, the better it will be in dark conditions.  That’s why you see press photographers and sports photographers with cameras sporting (forgive the pun) lenses with a front glass the size of a large bottle – or even bigger. In bright conditions, there may not be much discernible difference between the photo created by any of these cameras.

But hang on.   Why do you often see professional photographers shooting in bright daylight with lenses the size of bucket lids?  Surely that extra light gathering is only needed in darker conditions?   Ah – more on that later.   You will hear pennies dropping soon, I promise.

Another pertinent question that is quite important (well the answer is anyway) is this – If your camera has a huge lens to gather maximum light, how do you stop it gathering too much light in bright conditions?  In fact, can you have too much light?

Well the answer to that is “Yes, you can have too much light.”

The amount of light needed to give a correctly illuminated image is termed its “Exposure”.  Something that is too dark as described earlier might be classed as “under exposed”, while something that has too much light will appear washed out, with colours fading into white and detail again being lost in the highlights.  We call this “over exposed”.

We cope with this in our eyes with the iris.   The iris opens and closes the hole in the centre of your eye (called the pupil) to adjust the amount of light entering it.  Too much, and the iris narrows the pupil to a small black dot.  Not enough, and the iris opens wide, causing a big black disc to appear in the middle of your eyes.    In a camera, they also have an iris, and this is opened and closed either manually or automatically by the camera, to adjust the light entering the camera.  You will all recognise the familiar pattern of iris blades associated with a camera – which cleverly close as they rotate one way, and open as they are rotated in the opposite direction. 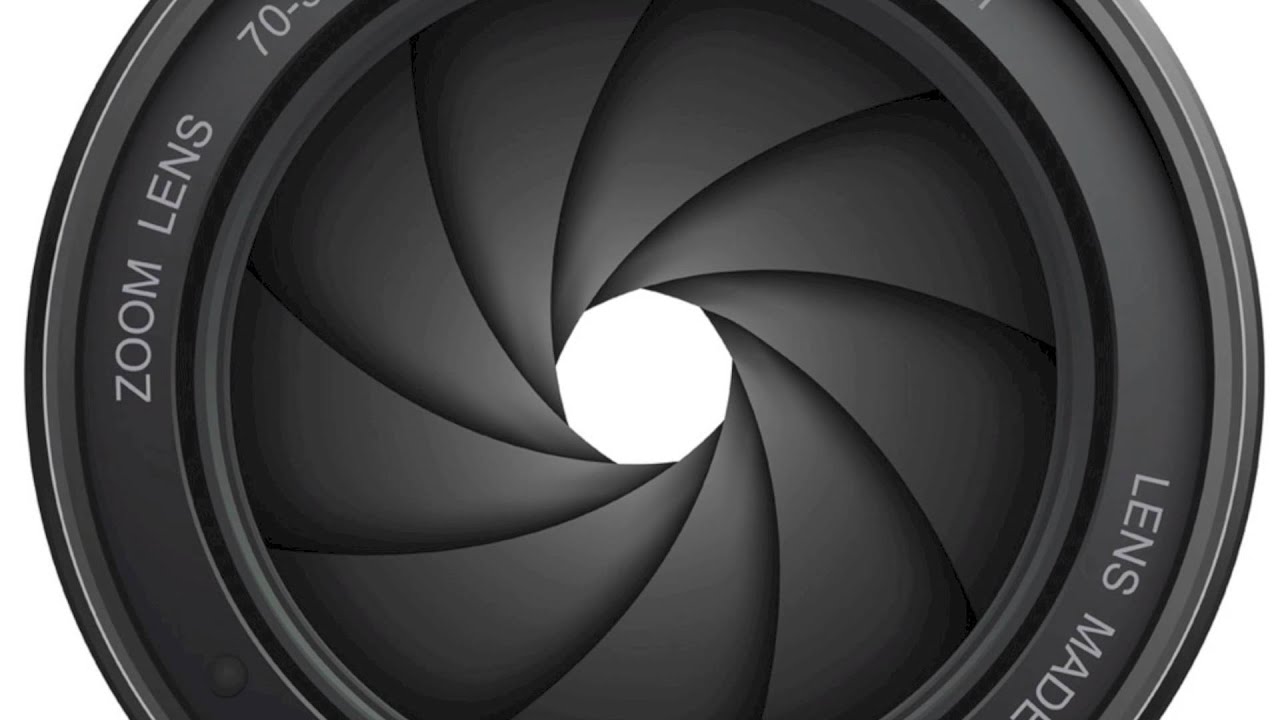 So we have a number of things that can alter the light gathering properties of your camera.  There’s the size of the lens diameter on the front, then you have the ability to restrict light by closing the aperture (the camera’s term for a pupil). Is there anything else you  can do?

Well, yes.  Two things actually.   The next thing that happens when you take a picture is that you press the “Shutter” button.    There’s a clue for you.

The shutter is a device that cuts off light to your film or sensor until you want to expose it to light and create the image.  Otherwise it would record everything and you would just end up with a white image, seriously over-exposed!

With the first cameras, there was no shutter.  The lens had a cap, and the photographer would take off the cap and count down the photo while the subjects remained motionless (often with heads clamped to avoid blurs) before popping the cap back on to finish the shot.

In early cameras, the iris was also the shutter, and the shutter blades would be tight shut, with no aperture, until you pressed the button.   Then when you pressed the button, the shutter would rotate open at an amazing rate (thousandths of a second), as far as the pre-set aperture setting would allow (known as the f-stop), and then the sprung loaded blades would close again.  In modern cameras these tend to be either electronic shutter horizontal shutter blades, or two precision metal ‘curtains’.  Imagine you have at your window two roman blinds.  But the first, instead of pulling up to expose the window, actually works the other way and drops down.   The first blind is closed, the second is open.  you can’t see out of the window because of the first blind.   When you push the button, your camera opens the first blind, letting it fall out of the way to reveal your film or sensor to the light.  And then, after a pre-determined time, the second blind falls down to close off the light again.

If you want to see how this works, there’s an excellent page by Neil Creek that has a moving image of the shutter curtains at work : http://digital-photography-school.com/photography-1016-shutter/.

We could call this “Length of Time Shutter is Open” but we tend to refer to it as “shutter speed”.

So now we have in our equation:

Goodness.  this is really complicated isn’t it?    Well let me throw in the last bit just in case you’ve managed to follow me so far!

In our eye, we can’t really change it’s sensitivity.  Some parts of the eyes are more sensitive to brightness, colour, contrast etc.   In a camera, we can alter the time it takes for the film or sensor to react to the light falling on it.   In old film terms, it was referred to as the ASA or ISO number.

You could also get speeds 1600 and 3200 which were extremely fast and for professional use in such things as stop motion photography (photo-finish for example).

Digital cameras have a similar sensitivity setting.  We can force the camera sensor to react slowly or quickly, which can provide some knock on effects which we will also discuss later.

For now, you need to know that to control your light input to your camera, you need to look at the following combination:

Ok,  I can see you are confused.   Let’s leave it there for now, and I’m going to explain how these all combine together next time.

But to help you with your camera selection process, lets put in the first building block.

Are you going to be taking photos in dim light?   If so, I suggest you to get the biggest lens you can.   If this means considering a bridge or DSLR, then so be it.  Small compacts are just not going to give you the same performance in low light as something with a bigger lens.  Yes, they have electronic tricks to get around it, but my argument still applies.  If you want to let more light into your house, you need bigger windows.

The downside of picking a bigger front lens is that the camera is going to be physically bigger, and probably much heavier. You will be sacrificing portability.  It’s almost impossible to drop a DSLR into your inside jacket pocket or your purse.   This camera choosing thing is all about balancing your needs, and all about choosing the best compromise.