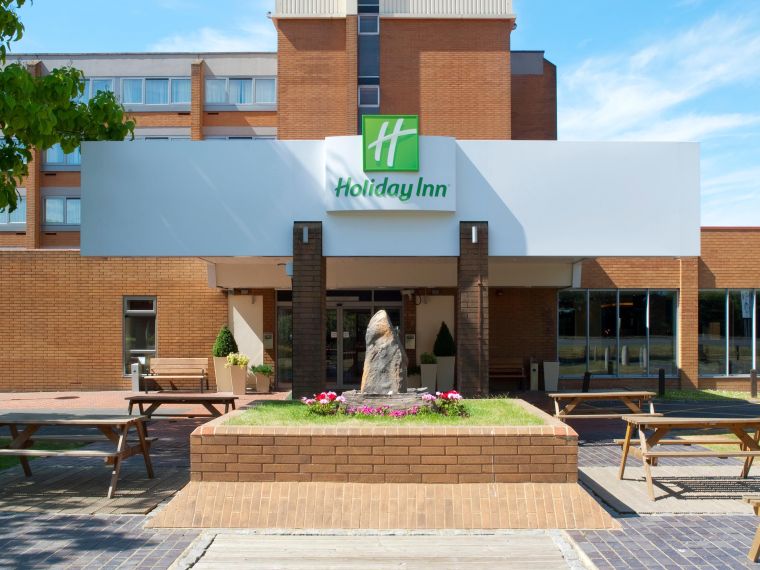 It would seem that Gatwick is becoming a bit of a hub for our vacations, mainly as British Airways favour it for their holiday destinations, and now we have started using Norwegian Airlines which also fly out of the South Terminal.

We enjoyed the stay so much we joined their Stay and Go club giving 15% off of the published internet parking prices.

HI Gatwick is conveniently situated just a couple of minutes from Gatwick airport and easily accessible directly from the M25 /M23 or alternatively if you are coming from anti-clockwise on the M25 you can take junction 9 for Dorking and come at the hotel from the opposite direction via Reigate.

On this occasion we chose the latter route due to horrific traffic on the M25, and we couldn’t get off fast enough – although the alternative wasn’t much better as it was 5pm on a Friday evening when we hit Dorking.

Anyway, getting back to the Holiday Inn, it has all the standard features you would expect, parking was easy to the rear of the hotel, where the car will probably stay for the duration (they do say they relocate cars when very busy) and it is secure with barriers on both entrance and exit,

Check in was pleasant as always and with an unexpected bonus – due to our IHG credit card, (that’s the group that owns Holiday Inn and many others) we automatically get gold elite status which granted us a free upgrade to an executive room.

On this occasion we booked a table in traders restaurant and were very surprised at the high quality of the food, Sue had Carrot and Coriander Soup followed by chicken Kiev, while I opted for duck Spring rolls in sweet chilli sauce and salad followed by a sizzling chicken platter which was basically fajitas with all the usual trimmings.  The portion sizes were huge and neither of us could finish the mains.

Unlike some places that charge high prices and give poor quality and portions (TGI take note) Traders was value for money, even if the £20 bottle of White Zinfandel was a bit steep.  It’s one of the few occasions I’m not driving so we decided to splash out.

The receptionists couldn’t be more helpful and after sorting out room and dinner booking, they booked a taxi for us at 4:45 the following morning.

The rooms aren’t anything remarkable, but they are clean and well equipped.

Our final bonus was at checkout when the bill was even lower than they had originally quoted, which I believe is due to further discount being applied due to our Gold Elite status.  It really does pay to have that credit card!

The taxi at 4:45 was just £6 and unfortunately he missed a bag and drove off with it.  A quick call to the hotel and their receptionist quickly tracked him down and he arrived back at departures not five minutes later full of apologies.

We book Holiday Inn now wherever we can, but check out their website for more details of their rewards membership scheme.